OK, so I said last week that I hadn't come up with a catchy title for my weekly feature, but tune in this week and I'll have had to think or something!? Well, not so much. Pretty lame feature title and all suggestions for a replacement are welcome ;-) In the meantime...

Animal stories are not always the "cutesy" photos of adorable kittens and newborn, fluffy puppies....sometimes it's a cruel world and it's every man (dog, cat, bear, etc....) for himself.

Please Beware: The following stories related to me through emails are graphic and not for the squeamish....

DANGEROUS BREED WARNING!
Please Read! If you are an owner of a dog or know someone who has a dog which belongs to a 'dangerous breed' category, or if you have a small child visiting your house, please take this as a warning. Don't leave your dog with any small child unattended under any circumstances! Only one little moment was enough for the following to happen.
See the photo below! 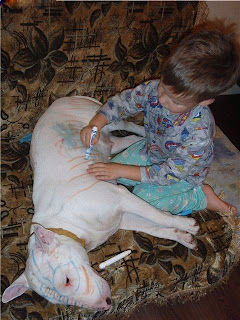 Thank you, The Dog


Dog Pack Attacks Gator In Florida
At times nature can be cruel, but there is also a raw beauty, and even a certain justice manifested within that cruelty. The alligator, one of the oldest and ultimate predators, normally considered the "apex predator", can still fall victim to implemented 'team work' strategy, made possible due to the tight knit social structure and "survival of the pack mentality" bred into the canines.See the remarkable photograph below courtesy of Nature Magazine. Note that the Alpha dog has a muzzle hold on the gator preventing it from breathing, while another dog has a hold on the tail to keep it from thrashing. The third dog attacks the soft underbelly of the gator.Not for the squeamish ... 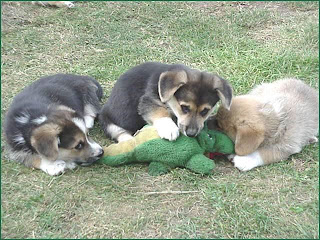 Story of a Garage Owner in Southwest New Mexico
He was sick and tired of thugs breaking into his garage shop to steal tools, etc.
He put the word out that he had a new Mexican Lion that would attack anyone that would break in or climb his fence. Would-be thieves saw the "Lion" from a distance and fled the scene. 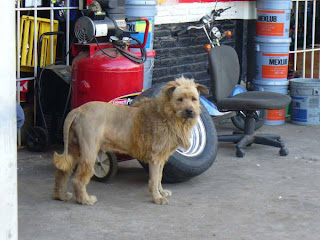 The dog's probably trying to figure out why his head's so hot and his butt's so cold?
And finally....

Bear Attack in Churchill , Manitoba , Canada
These are pictures of an actual polar bear attack. The pictures were taken while people watched and could do nothing to stop the attack! Reports from the local newspaper say that the victim will make a full recovery.

The photos are below. 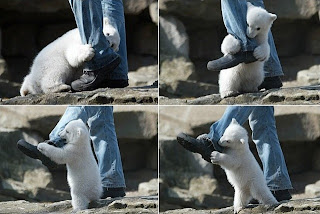 May your troubles always be smaller than you imagine ~
Being pet lovers for the most part yourselves, you may have also gotten these devastating stories sent to you at some point, but where raw nature is concerned one can never repeat these warnings too much!
Hope this starts your week off with a smile~! Until next Monday.....;-)
Kelly & Crew
angelpupscreations.blogspot.com
angelpupscreations.etsy.com
Posted by AngelPups at Sunday, August 15, 2010

TOO FUNNY! this is soooo cute, thanks for the laughs, i needed some laughter! great blog...hysterical

Fabulous! I think that top dog actually likes his new kind of massage! And I, too, want to be attacked by that polar bear!

Awesome pawsome. So many dangerous critters out there. heehee. Love it.

Don't panic it is only Monday!

Ok. Don't ask a dachshund for titles cause now she won't stop.

oh my goodness! I loved them all!!! what a great start to the week. laughter is the best medicine!

Ha ha ha ha ha ha ha hahaha....
This was so funny. Loved them all. GREAT job Kelly. So great I am not posting my blog tomorrow - it pales in comparison. :-(
(Nor fair - I do not want to follow Kelly any more! She is a tough act to follow) LOL
As for names - I like Sasha's Monday Funday.

Fabulous! I had a good laugh.