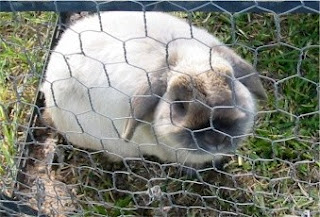 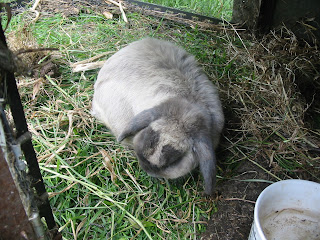 Meet Indy he's my first rabbit that we adopted and we currently own four bunnies, Indy is nearly six years old and is a smokey colored grey lopped bunny he was meant to be a mini lop but I dont think so! he's a character loves being petted and is social. He loves being with the other rabbits in their own cages though so no breeding happens but he just loves sitting with them and being with them.

Indy is the first gift my other half every gave me so he is very special, he's a lovely boy. 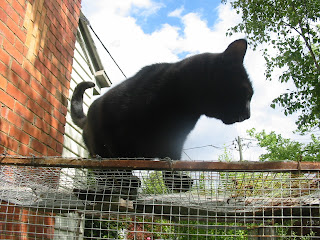 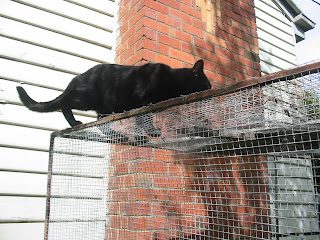 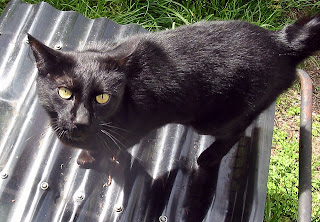 meet Wildy my cat who is more like a dog than a cat, he's approx six years and we adopted him nine months ago. My other half would never let us have cats until recently when I encouraged him by saying he would keep pests down :) not sure if he's lived up to that though haha.

He will follow me to the letterbox and back and comes and says hello when I look after the birds and rabbits. He's also very talkative and meows all the time. He loves tummy scratches and head scratches doesn't always like being picked up but will tolerate it but he loves laps the most he is a great lap warmer.

Hope you have enjoyed meeting these two furbabies
Posted by WhingingNinja at Tuesday, April 17, 2012

Such pretty bunnies! We had a few when my kids were young and they were very loved. Also love your little kitty. I hope the hubbs has found her to be a great addition - even if she doesn't do pest control very well!

I love all of your animals. Both the bunny and the kitty are super cute. Thanks so much for sharing.