Every year since 1977 International Museum Day is organised worldwide around May 18.
This day is an occasion to raise awareness on how important museums are in the development of society.
Since we are pet people, I thought it would be interesting to look at a museum that remembered pets. And this is what I found!

The Presidential Pet Museum
The Presidential Pet Museum was founded by Claire McLean, a breeder of Bouvier des Flandres canines and author of the 365-page hardcover, called “The Bouvier des Flandres Book.” Her reputation as an expert with the breed led to her invitation to the White House in 1985 to care for Lucky, the Bouvier belonging to President and Nancy Reagan. While McLean was grooming Lucky, she saved a patch of hair that became her first memento of a presidential pet. 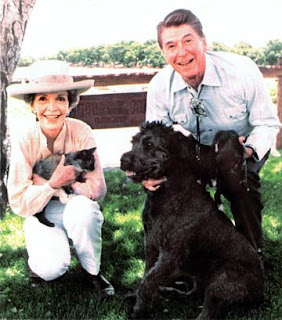 Through e-bay, yard sales and antique shops, McLean continued to collect all sorts of presidential knickknacks, newspaper and magazine clippings of presidents and their furry friends, placards and campaign memorabilia. Her collection grew so much that in 1998, 12 years after she began this endeavor, she decided to share it with the public and opened the Presidential Pet Museum 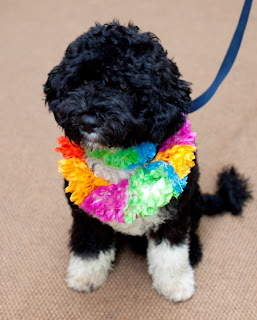 Bo celebrating his arrival at the White House with the Obamas.
Some items of notoriety include a clipping of President Lyndon B. Johnson picking up his beagle, Him, by the ears, and a picture of Caroline Kennedy riding her pony, Macaroni. Over 500 items are now on display for lovers of pets, Presidents and pet trivia. The Presidential Pet Museum website, www.presidentialpetmuseum.com sells collectible items such as toys, books, videos, posters, clothing, and statues. 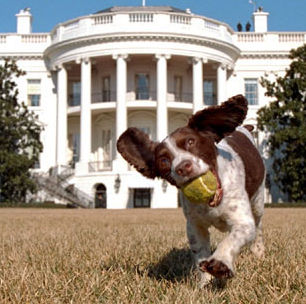 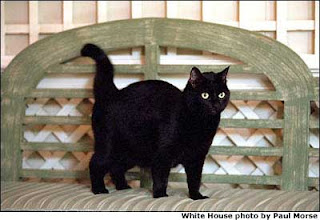 And their cat, Indie.

The Clinton's pets, Buddy and Socks. 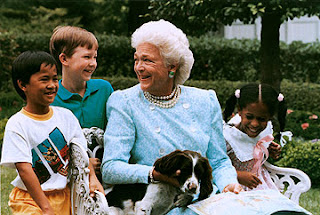 Millie - probably one of the most famous due to the book written about her, with Barbara Bush. 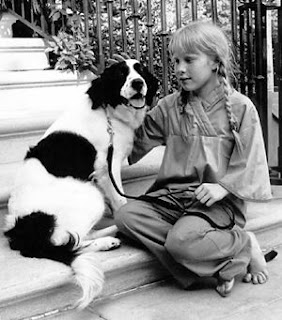 Grits, dog given to Amy Carter by her teacher that was later returned.
I wonder why?
You can see more presidential pets at this link.
Wouldn't it be fun if we could all meet up at a cool museum and spend the day together? Which museum should we pick?
Happy International Museum Day everyone!
by Patty
Catcalls
Posted by Art and Sew Forth at Wednesday, May 18, 2011

Patty, this was a wonderful post, and I loved seeing these pictures.
I love museums too. The Presidential pet Museum sounds great.
Once a year I am a vendor at a museum by me in NY, we could meet there. LOL And once they had a Presidents pet event there.

That is so cool! I had no idea that the day, or the museum even existed! what a great find!

great post! i would love to meet at a museum. or anywhere!

Very interesting! I love seeing famous people and their pets. Makes them seem much more human :)

Wonderful post! How very interesting. I am sure we would have a great time!