Why "Dog Days"?
Have you ever wondered where the term "Dog days of summer" came from?

In ancient times, the Chinese, Native Americans, and Europeans all drew pictures in the sky by connecting the stars. Not all came up with same pictures, but all did connect stars and named their "star art", as I call it. Today we call these 'constellations',  and the European pictures were adopted as the preferred star art.  The brightest of the stars in Canis Major (the big dog) is Sirius, which also happens to be the brightest star in the night sky. The ancient Romans thought that the earth received heat from it. In the summer, Sirius, the “dog star,” rises and sets with the sun. During late July Sirius is in conjunction with the sun, and the ancients believed that its heat added to the heat of the sun, creating a stretch of hot and sultry weather. They named this period of time, from 20 days before the conjunction to 20 days after, “dog days” after the dog star. The constellations today are not in exactly the same place in the sky as they were in ancient Rome, but  the time period for dog days occurs at about the same time, which is now designated between July 3 and August 11.

As we celebrate (or dread!) the Dog Days of summer, here are some great Etsy shops to help us enjoy them! 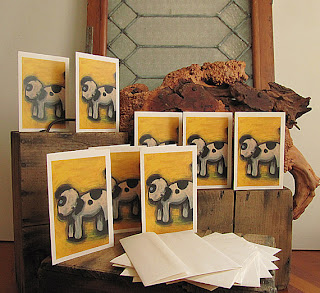 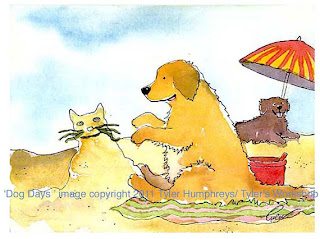 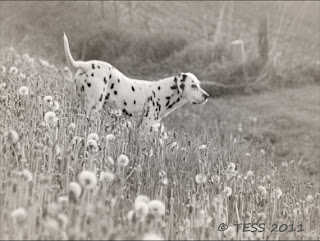 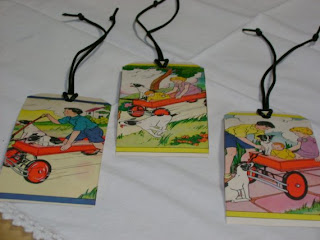 I love this post, there is so much to see, read and say here.
First - that is so interesting about the star and the dog days of summer.
Second - I love these shops and items that you found - those are great. I'm going back to check them all out a bit better.
Third - I have never seen a dog swim like that. LOL But then I realize, and Sasha must already know this - Doxie's legs are too short to be good swimmers. Poor babies. LOL I think the dog had to keep twirling to stay afloat.
I just loved this though, and his human was right there. :-)
Thanks Patty.

Great informative post! I have my idea of which breed of dog the canis major and minor are. Any guesses?

Fun video. Our experience is that some long legged dogs are poor swimmers.

Of course greyhounds! They've been around long enough ;)
Great post, Patty and really funny video. This little doxie must have been watching otters on Animal Planet or Nat Geo when home alone :)

Very interesting story about the Dog Days and their link to the stars! Thanks so much for featuring my Dog Days Invitations :)

so very interesting! and i love the artwork you found and the doxie swimming is amazing!!!