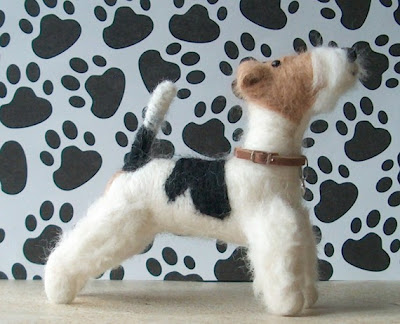 This year the AKC celebrates its 127th anniversary and for the 20th year in a row, the Labrador retriever is once again America's favorite purebred dog, according to registration numbers tallied by the American Kennel Club. The AKC released the figures and, as in past years, the Labrador far outstrips the other dogs in the top 10. They also tallied top breeds by city for 50 US cities including Albany, Albuquerque, Atlanta, Austin, Baltimore, Buffalo, Boston, Charlotte, Chicago, Cincinnati, Cleveland, Columbus, Dallas, Denver, Des Moines, Detroit, Fort Worth, Honolulu, Houston, Indianapolis, Jacksonville, Kansas City, Las Vegas, Little Rock, Long Beach, Long Island, Long Beach, Los Angeles, Louisville, Memphis, Miami, Milwaukee, Nashville, New York City, Oakland, Orlando, Philadelphia, Phoenix, Pittsburgh, Portland, Providence, Raleigh, Richmond, Sacramento, Salt Lake City, San Antonio, San Diego, San Francisco, Seattle, St. Louis, Tampa, Tucson, Washington DC, and West Palm Beach. In reviewing these numbers by city, it is hard to draw any conclusions on why some cities prefer some dogs over other dogs. One might think that the warm-weather tolerant breeds might be more common in the South and outdoorsy dogs might be more common in the Midwestern cities. However, there seem to be no pattern to how these cities love their dogs! The Top 10 Breeds of 2010 are:
1. Labrador retrievers
2. German shepherds
3. Yorkshire terriers
4. Beagles
5. Golden retrievers
6. Bulldog
7. Boxers
8. Dachshunds
9. Poodles
10. Shih Tzus

If you are interested in the top breeds in each city listed above: http://bit.ly/i6vM38 As reported in PetPlace.com newsletter

Where's the Mi-Ki? LOL
I remember when the German Shephard was the top dog for a few years, then dropped off. I am actually surprised it is listed here as number 2, I never see that many in households anymore.
I thought the golden retriever would be higher up on that list as well. Actually a surprising list. :-)
Thanks Alice.

I agree with Diana about the Shepherd. I don't see many of them either. I did have quite a few growing up and even much of my adult life I had white shepherds. I actually think 'Adopted Dogs' should be at the top! Glad the little doxies are on there!

Very interesting..I'm surprised that poodles are so far down on the list! They should at least be half way up as they are half of most of the "designer dog" hybrids..cockapoo, schnoodle, maltipoo, poochon, bassetoodle,goldendoodle,and so many more It is good for the "customfit dog sweater business. I have knitted a few sweaters for Morkies (maltese & Yorkie) becuase they are thin up front like a yorkie but much longer like a maltese and very hard to buy off the rack for.

Thank you! What a fun post. I never would have guessed the top 10 correctly. Interesting to see that my dogs all made the top 10 (Beagle, Dachshund, Shih Tzu).